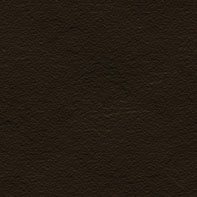 Personally, I don't want to touch the templates for the daily and event timetables, since they're fairly complicated and I don't really understand all the code. Also, I don't know if there's a wikicode way to display time based on local timezone, I only know how to do it with JavaScript, which tends to not play very nicely with wikicode, hence my apprehension at trying to code it into a heavy wikicode template.

Otherwise, not really. Once you get high enough to run biweekly dragons and descends, you can get some stones from finishing those dungeons as well.

Fixed. Seems like a bot issue during skill template creation, I'll talk to the admins about it.

Found the problem; there was a gap in the numbering in Template:Monster/SeriesData, and the code apparently fills in those gaps by moving the assigned series data up /rollseyes, so everything greater than 1658 or so was off by 2 series in sequence. I fixed it, but the page display may take some time to update. If you run across more errors, you can try appending "?action=purge" to the end of the URL and see if that fixes it. If it doesn't, that means there's probably another gap in the numbering somewhere :(

Current events and Carnivals/Galas just come from Facebook, someone (usually me) manually enters the schedule into the Wiki format. I've been busy lately and just haven't found time to sit and get it done, so anyone is free to take care of it: if you edit in source mode, I have commented all the templating you need, so you would just have to copy and paste and fill it in appropriately.

The urgent dungeons come from a bot that Cless has, and he's been MIA for a while now so I've been copying whatever PDX has, but, again, lazy/busy.

Yes, it's listed in the Egg Machine section on the main page.

I would recommend reading through the New Players' Guide first, then asking specific questions, if you have any. General advice has already been compiled into that page.

Note that not every dungeon has a score reward.

Breakers requires 200,000 points to get S. The number required differs depending on the dungeon. Eva Collab only requires 150,000, for example.

For normal dungeons and regular technical dungeons, just run Karin with a friend Karin. 12.25x is enough to bulldoze past elemental disadvantages until T6 (Vesta Cave) if not further. If you're looking for efficiency and consistency, you should almost always run either full ATK teams or full tank/resist/Odin teams.

Don't run hybrid outside of mono-color teams. Consider that if you run Flame Baron x Odin, you're not getting any bonus HP or RCV, so one big hit will either kill you or take you low enough to be hard-pressed to heal to full, rendering Odin's leader skill largely useless. You also only have a 2x ATK bonus, which isn't very impressive. Compare to a Ares x Freyr team (for example), where you have 2x HP and RCV, so you can tank most hits and also heal back up without trouble, then 4x ATK to deal sizable damage as well. Basically, it pays to go all-in.

If the problem is that you only want to run with friends who will give you Pal points, check out the Friend Search Board or the Add Me forum on PF to find friends with leaders you need.

Each goblin just has a % chance to skill up the monster. Through empiric testing, the % seems to be around 5-10%, which is doubled to 10-20% during 2x skill-up events. Fusing one at a time or multiples at a time doesn't seem to matter; if you fuse 5 at a time, there is a chance to get 5 skill ups at once, each one is counted separately and not combined. The amount of experience gained does not matter; you can skill up monsters even when they're at max level.

Because Perseus requires 6-8 orbs to activate his skill, he's not going to be very good until you have enough orb changers to create 8 orbs on command.

The problem with Vritra is that you need an entire team of God or Dragon monsters to maximize his leader skill. Dragon monsters are notorious for having low RCV and high HP, so even with the 2x multiplier you might find yourself constantly falling behind on healing. Gods are all descend bosses or REM-only, plus they have very high team cost, so you probably won't be able to put many gods that really do much on your team.

My mind is too focused on efficiency and overall viability, so if you just want to make lots of teams for fun, I'm probably not the best person to ask :) If you want to get further on your dungeon progression, I'd say just run Karin and find Karin friends- she will take you quite far.

Well, Karin needs the least work to be dangerous, assuming you can activate her consistently. Marine Rider is a perfect fit for her team, since he generates 2 colors she needs. You'd probably want Vampire for your Dark source. For your other 2 subs, I would probably go with Dragon Knight and Fortoytops, although you'll want to replace Fortoytops with a Siren ASAP, since his skill doesn't play well with Karin. Even if you still want to go for CuChu Balanced in the end, I would use this team until you can ultimate evolve him, since you'll be able to progress faster and further while working on it.

For the CuChu team, you're looking at something like CuChu, Fortoytops ultimate (gains Balanced type), King Woodsie, Dragon Knight (he loses Balanced when you evolve him, but gets it back in ultimate); for the last slot, you can stay all Wood and try to get another Mystic Stone Knight or something, or you can branch more into Dark with a Duke Vampire Lord.

Perseus can be good, and you have a lot of good monsters for him (CuChu, Marine Rider, Fortoytops), but the Hero gods only really shine with lots of skill boost awakenings and max-skill actives, so I would set him aside for now.

Sylph is a good low-cost leader, so keep it unevolved; you won't need it for other teams anyway.

Try this, it gives you ideas of how to beat descends without REM monsters, so you can make farming goals.

I wouldn't spend time farming for a Cupid, personally. You'd probably be better off farming for evolution materials, feeders, or +eggs if you're still building up for descends.

That's about the best place you can farm it. The only other places are specific descends or biweekly dragons. Heracles Descended has a 100% chance to drop her, for example.

The big problem I see with the team you're using is that Cu Chulainn only provides a HP boost; you need to get him to one of his ultimate forms to get an ATK boost, which will significantly improve your runs. Having only a lot of HP is not very optimal, since your RCV is still low and you can probably never heal up to full. If you have a different leader that has an ATK modifier, I would consider switching to that until you can ultimate your CuChu.

Aside from that, when you do get 3x CuChu, I would try to consolidate into as few colors as possible. With a rainbow team, you're dealing some damage every turn, but it's really hard to deal a lot of damage in a single turn. With 9x ATK (assuming you have another CuChu as a friend), you largely don't have to worry about trash in dungeons, so you can stall by matching colors you don't have on your team then, when they're about to attack, match a single 1x3 Wood combo to sweep the floor and move on. This lets you save up orbs you do want (mostly likely Wood) and also have active skills available in case you run out of the right orbs or when you're facing a boss.

If you're going to continue using CuChu 2.5x HP as your leader, I would get a

King Woodsie so that you have a bit of burst for bosses. To move towards a consolidated color team, also try to pick up a

Mystic Stone Knight; if you're playing the US version, we have Dragon Guardian available through Sunday, with Sunday itself on 2x drops.

It's probably based on GungHo going "Hey, we should make a hot animu girl that has something to do with dragons that's Godfest-only so more people buy stones" then picked a random female name from a hat.

I am stuck in both the normal dungeon (blue guardian) and losing quite a lot in the technical dungeons. Does anyone know someone who I can add with a good leader skill that will help me progress. For example, the blue guardian does sixteen thousand damage and I can't survive so I have to kill it before. To do that, I need something like awoken zeus so I can dish out more damage as all creatures get a attack boost at full health. Thanks to anyone who helps!