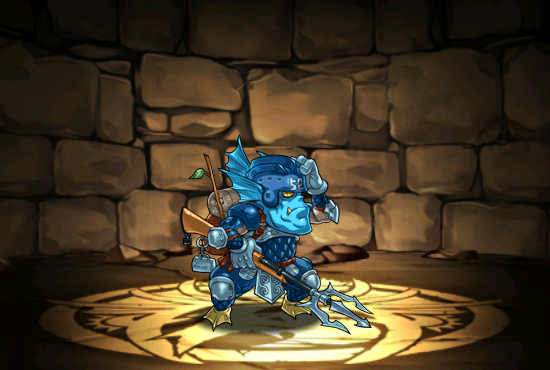 Goblins, much like Carbuncles, are "trash" mobs found in earlier dungeons. Unlike carbuncles, they have a very useful 3rd evo stage, and can skill up more valuable monsters.

Marine Goblin, can skill up a few valuable monsters - most notably

Shardra, and can act as a substitute for either anytime you need a heart-maker. Marine Goblins are very common drops in mid-tier dungeons, so getting those valuable monsters to max skill isn't hard at all.

The Marine Special Ops Goblin is a very good farmable sub for a Blue team in the early game, with good stats and a great Active skill. Evo a blue goblin up to this stage; it doesn't take much of an investment. Save them up later on to level up Mermaid's skill.

Retrieved from "https://pad.fandom.com/wiki/690/guide?oldid=150384"
Community content is available under CC-BY-SA unless otherwise noted.