The Bat Egg Machine is a surprisingly generous machine, with one of the best stone-to-value ratios. Newer players are recommended to give it one or two shots for a good chance at a useful monster while the collab is going on.

BAO Batman+Batwing, are riskier but more powerful. The other two are not good starters but can be useful for certain teams. 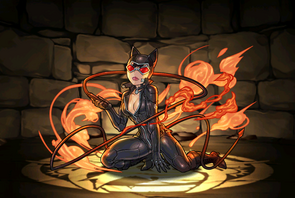 The weakest of the BatREM pulls, Catwoman only stands out for having high ATK for a Healer type. She can be a fair Fire team sub if you don't have enough other useful monsters. Use her as team leader in Weekend Dungeon to earn more money!
No. 929
BAO Robin+E. Stick 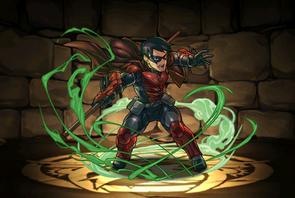 Leader Skill is excellent for tri-color dungeons, but too hard for anything else. A good sub for a Balanced team who can keep up a constant 1.2x ATK buff, he does require a certain level of skill, but the basic is don't put him and

on the same team.
No. 933
BAO Batman+Remote Claw 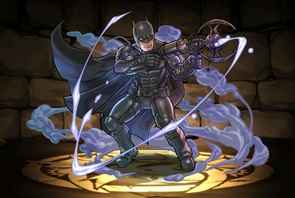 A solid Dark team leader when paired up with friends like

. An unevolved version is also a strong leader for low-rank/rarity dungeons such as Tengu!!! 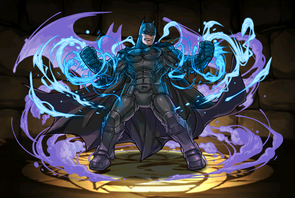 An 80% HP condition is a bit dangerous for a Physical type with low RCV, plus a Light team is harder to build than other colors, so he's a bit tough as a starter. As a sub, though, his delay Active Skill is always handy, especially when he gains his Ultimate Evo and becomes the only Devil type with this kind of skill.
No. 1476
BAO Batman+BW Stealth 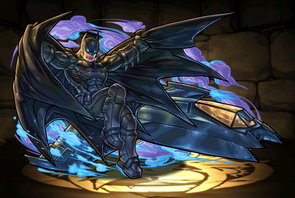 Has a very powerful Leader Skill that lets you blow through a lot of early-to-mid-game dungeons, especially since Dark teams are relatively easy to build.
Collab Dungeons
Conditional
Egg Machine Collabs
Normal Collaborations
Retrieved from "https://pad.fandom.com/wiki/Batman_Collab/Egg_Machine?oldid=106965"
Community content is available under CC-BY-SA unless otherwise noted.