This dungeon is a collaboration with Square Enix's tower defense game "Crystal Defenders." The enemies in the dungeon are various well-known monsters from the Final Fantasy series, and the final boss is the very famous summoned monster, the King of Dragons, Bahamut.

Apart from the dungeon, there's also a corresponding Egg Machine where you can pull various "Crystal Defenders" tower classes as monsters.

These are the monsters that can be acquired through the special Collaboration Egg Machine: 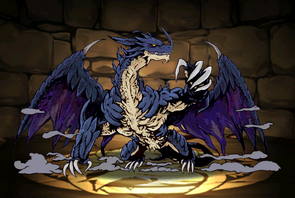 Active skill is slightly useful in special situations. Leader skill is the same as

, but can form a mono-Dark dragon team. However, keep in mind its RCV is very low.
No. 539
Ultimate Alex Santa 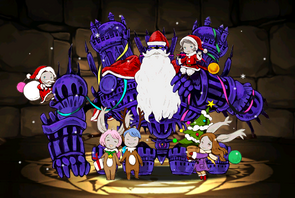 Even though leader skill is 2.5x HP to Physical types, its own HP is not very high. Fringe use for its counterattack against Master/Legend rank Bahamut, spending 1 stone to kamikaze the dungeon.
No. 474
Rainbow Crystal 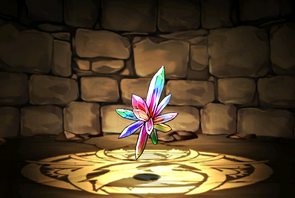 Collecting 4 will let you form the Resolve Rainbow Crystal team!