The final installation in the Sky Dragon Biweekly Dungeon series! You can acquire

Night Skydragon, Elysion, a high-damage ATK dragon. It's stronger than

Night Skydragon, Elysion attacks every turn. Since there are no Heart Orbs, there are two strategies: either kill it quick before it kills you, or wear it down with an auto-healer. Most common players should go with a suitable auto-heal strategy.

All enemies are dark type in this dungeon, so light-type team members will make it easier to clear mobs. 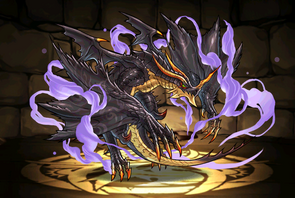 Dragon that specializes in ATK (highest in the game), but weak in other areas. Main skill is okay for clearing trash mobs, but impotent against high-defense bosses. Leader skill is not very useful due to many similar skills.
No. 407
Cerberus, the Guardian of Hell 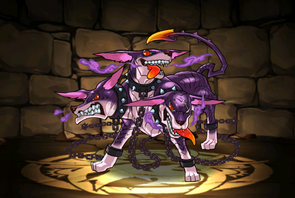 Cerberus has a special orb-enhancing skill that can further increase dark type damage. Keep in mind, however, that its RCV is negative.