Shining Monk, Xuanzang, also known as Tripitaka, from Journey to the West. 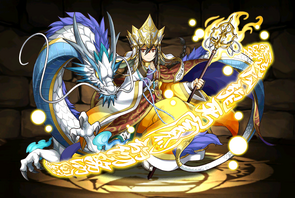 New Descended monster, but 1.5x HP/2.5x ATK leader skill is weak and is nothing for players accustomed to God teams, but his top RCV among Dragons is a big help for Dragon team players, and his active can serve as panic button when HP gets low without heart orbs. Dragon team players are recommended to try and get one.
No. 1248
Dark-Eyed Dragon Monk, Xuanzang 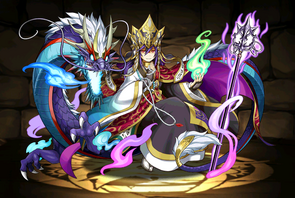 The dark version of Xuanzang. Stats get a hike, RCV is rather high for a Dragon. Leader skill changes from 1.5x HP to 1.5x RCV, giving a further boost to the dismal RCV common to Dragons. Active skill is not too obviously useful though. Provides a different style of gameplay from the light version.